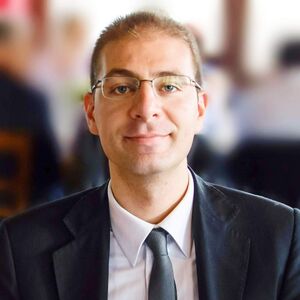 After 4 years (September 2015 - July 2019) as a PostDoc fellow and contractor Professor at the same University, since August 2019 he is assistant professor of Biomedical Engineering.

During his PhD he was also a visiting fellow at Massachusetts General Hospital, – Harvard Medical School in Boston (USA). His main topics of interest are in the field of medical image processing,

He is a member of the National Alliance for Medical Image Computing (NAMIC) and of European Association for Cancer Research (EACR), where he was awarded with a travel grant for pursuing his research collaboration with UMCG.

Paolo joined NAMIC community in 2013 and, in 2017, served as local organizing committee for the 25th Slicer Project Week, held in Catanzaro, Italy.