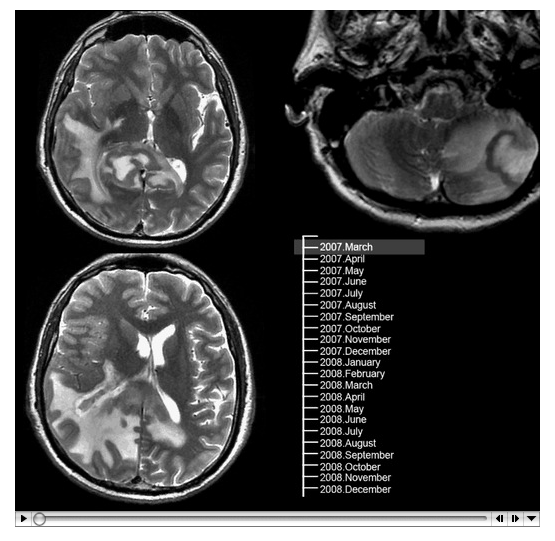 Medical Information: Video sequence of a 57 year old patient. In his medical history, a brain lesion of unusual behavior was discovered - his symptoms relieved after antibiotic therapy (brain abscess suspicion after the first MRI studies). However, new foci appeared and the surgical removal suggested that the patient has B-cell lymphoma of the brain. Cytostatic and finally irradiation therapy was done, but all together, five foci was discovered, which responded well to irradiation therapy. Tecnical information: During the 20 month medical history, 13 MRI scans were done, and these images were used in the video. They were registered to the reference image (last, "cured" stage) using 3D Slicer's Rigid Mattes MI algorhythm. Intensity normalization was also performed.