Back to Project Overview

Goal is to accommodate basic RECIST assessment for cancer treatment.

This is causing Slicer to load 63x15 volumes containing a single 256x256 slice. I'll dig in to this today and see what's going on. Shouldn't be too hard to find. Junichi has given me a DCE dataset that loads properly for comparison.

The 4D Image analysis package is required for plotting -- need to expose this in Slicer3/Modules/CMakelists.txt file. Discussed with Junichi about possibility of having both 4DImage and 4DImageAnalysis modules exposed in the trunk for the demo; he sees no problem in this *without* the Scipy modeling part exposed. Too challenging now to build python/numpy/scipy by default.

SCIPY for Slicer and python2.5 on win32

now let's see how that works.

Looks like numpy didn't install correctly for me using the genlib.tcl script.

NUMPY for Slicer and python2.5 on win32

So let's try grabbing the precompiled binary for numpy... from here.

Not reliable scipy install on win32. module functions thru plotting, but curve fitting still not working cross-platform (only Mac). 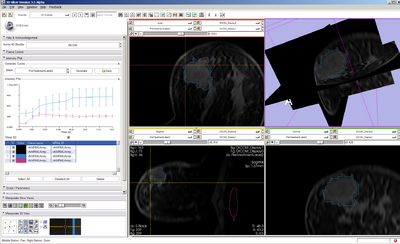 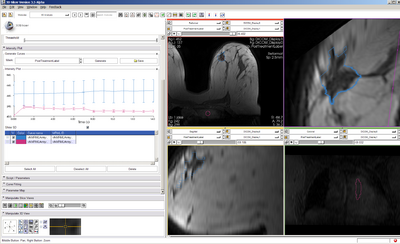 Post-treatment scan appears to use different acquisition params from Pre-TX study. Suggested that Post-TX scan may not have used fat suppression. One suggestion is to carefully define VOI in Post-TX to include only scar, and to exclude anything that might look like fat. (will this not also potentially exclude tumor tissue?) Error bars too huge on Pre-Tx scan -- the analysis is weak. Try to exclude what we know to be necrotic tissue within the tumor.

Using the following image provided by JHU to define a small VOI within Pre-TX tumor: 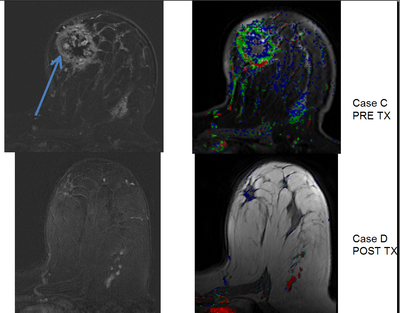 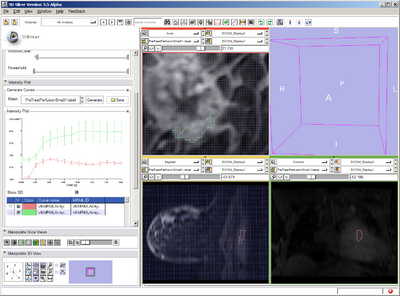 Plot for similar VOI, no threshold. 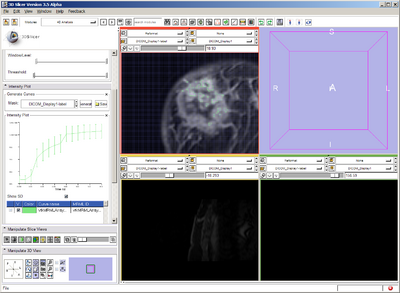 Masked each image with the segmentation of tumor to cull any voxels outside. 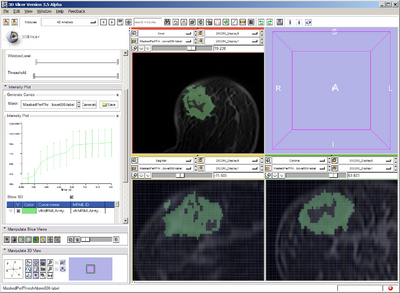 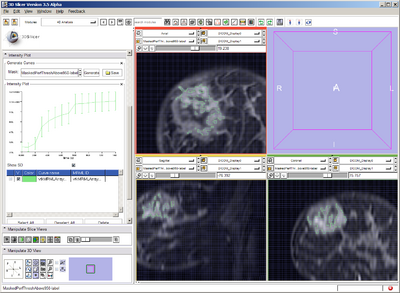 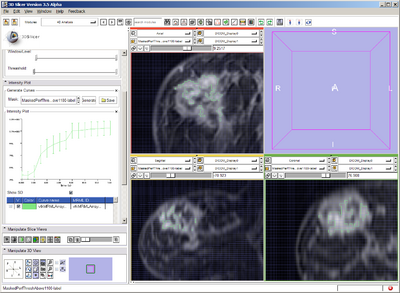 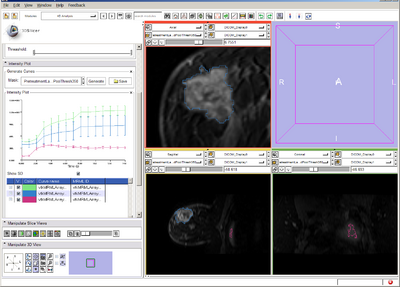 Same as above with all intensities inside tumor and with bloodpool thresholded to include intensities > 350.