This page serves as roadmap for the Slicer Automatic Update and Installation framework.

Tasks listed in this page can be associated with any of these state:

Use case: Keep track of the installed extensions across version

The goal here is to simplify the number of steps allowing people to reinstall extensions that were used in a previous installation. 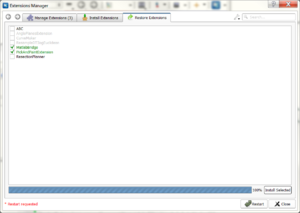 Screenshot of the "restore extension" widget

Adaptations (March) according to input from JC (December) and Ron (January)

After the disclaimer is shown, the slicer.ini is parsed for previously installed extensions, if candidates are found (and the configuration is set to check on startup) a pop-up is shown for instantaneous installation: 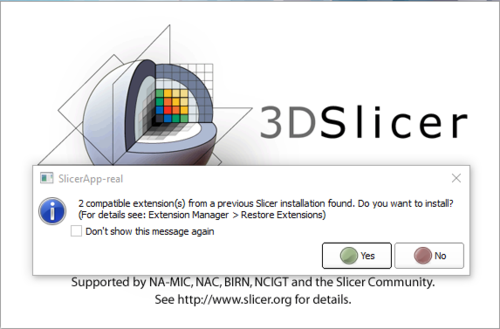 Dialogs and progress dialogs are provided by the headless mode of the extension restore widget: 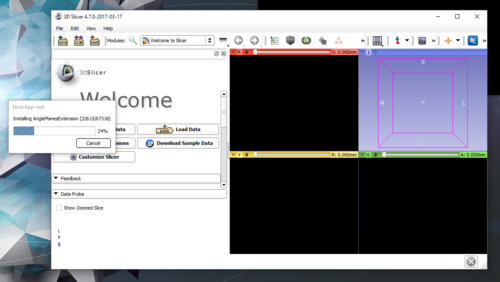 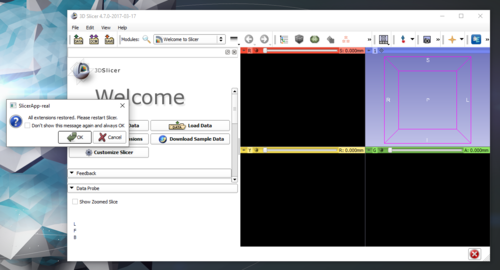 An improved widget interface gives detailed information about the state of previously installed extensions, including the auto selection of installation candidates. It also allows to de/activate check on startup and silent installation:

A set of new functions in the extension manager model help to reflect the current extension installation state (important for future installation):

the extension history information map (QVariantMap getExtensionHistoryInformation()) that can look like this (shortened - based on the settings shown above):

The compatibility is now checked correctly for non installed extensions and the current extension id is retrieved:

Use case: Self update of Slicer