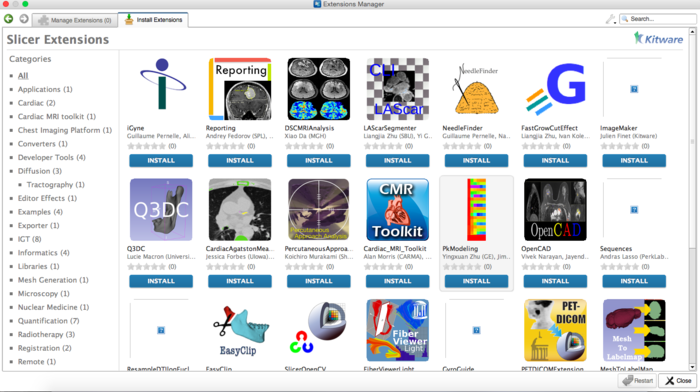 If the extension developers contributed updates for the current stable release, you don't have to install the nightly version of Slicer. You can simply update the extension. Consider reading How to update an already installed extension.

2.a) Either install the extension package using the Slicer extension called "DeveloperToolsForExtensions"

2.b.i) Or extract the archive (zip or tar.gz) in a folder. You should then have a folder like:

2.b.ii) There are two options:

2.b.ii.b) Start Slicer specifying the option --additional-module-paths with all existing paths listed in 4.a.