This page discusses Resampling of image and model data. See here for an overview of registration methods. 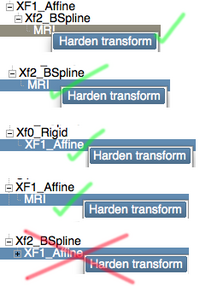