This is the KSlice interactive segmentation method. It uses a data-driven automatic algorithm to process the majority of the volume. As the automatic segmentation runs and displays the current state, a human user can influence the algorithm’s behavior to more closely align with an expected result. In the end, the user has created an excellent segmentation result with a minimal amount of time and effort. Please see the references below for more details. 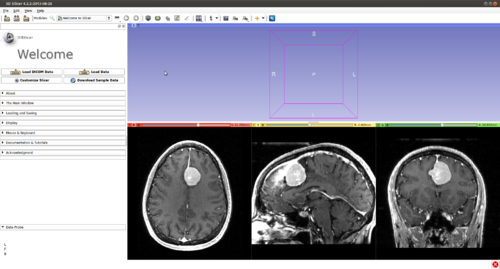 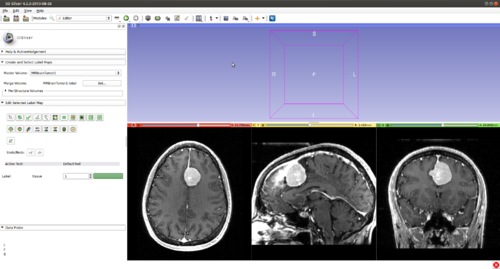 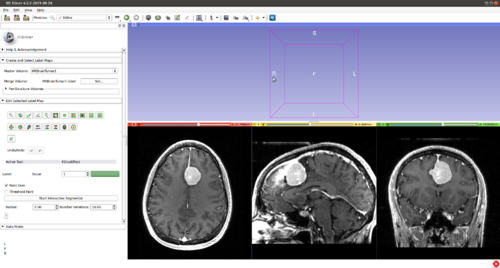 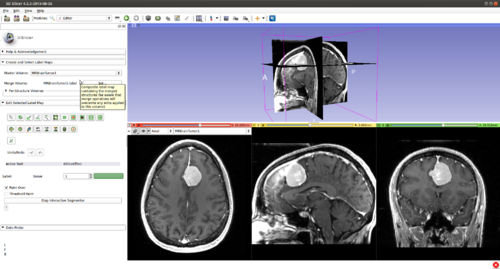 Step 5.) Select the rectangle tool(or any other painting tool).

and initialize KSlice in a 2D slice by drawing inside the structure of interest. 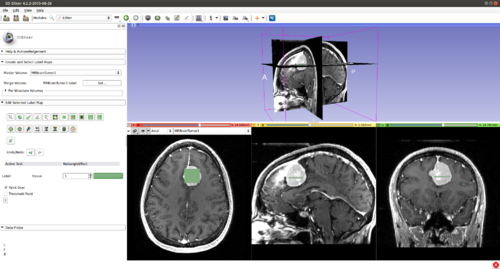 Step 6.) Press the “C” key to copy the current initialization in this 2D plane, then press the left/right arrow on the keyboard to move on to an adjacent slice, press the “V” key to paste the label, thereby initializing the current slice. Once this procedure has been repeated several times, we have initialized the surface to a cube in 3D. 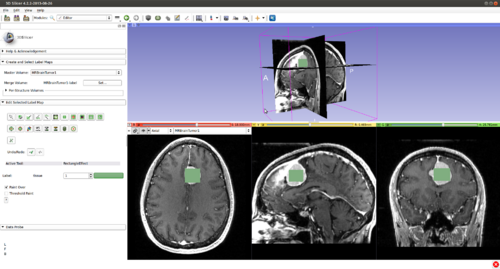 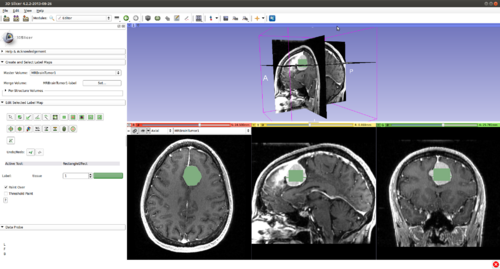 Step 8.) Evolve the contour in 3D by pressing "E" to use the Chan-Vese energy.

Step 9.)(Used in any order) A segmenting surface may leak into undesirable areas, based purely on image data. It is the user's job to guide the evolution process. A user can provide positive input (drawing) by selecting a paint tool, painting in areas which should be part of the object of interest but are not. Or, the user can provide negative input (erasing) by pressing "A" (toggle label value between 0 and the originally selected label). An example of a user correction is going from 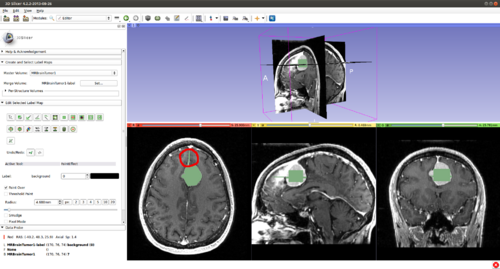 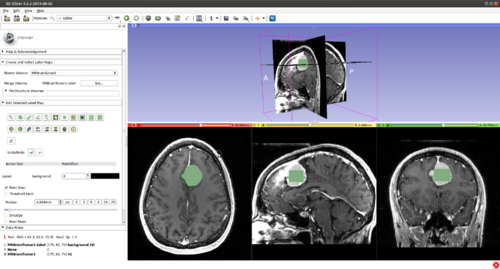 Step 10.) (Used in any order) Certain image regions (depending on the energy chosen and the image itself) may be highly attractive for the evolving contour despite being incorrect according to the user's expert knowledge. He has two options. First, apply repeated input several times (soft user constraints). Second, he can press "B" (toggle between soft/hard constraints) to increase the weight on his inputs, essentially making them hard constraints. Further, constraints can be provided pre-emptively, by erasing/drawing in regions before a contour has reached these areas to prevent leaks in the future or expedite the evolution process, respectively.

Step 11.)(Used in any order) Press "F" to run the contour in 3D, similarly to Step.8 but using an alternative energy, the Local Global Chan-Vese. The user can switch the energy he is using at any time.

Step 12.) (Optional) Turn on “Volume Rendering” of the label image in 3D (notice the parameters set for faster interaction). This will be updated during the evolution 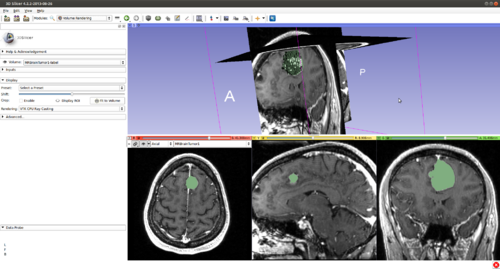 Step 13.) Examine the current segmentation by flipping through the 2D viewers, providing input as in Step.9 to guide the evolution. 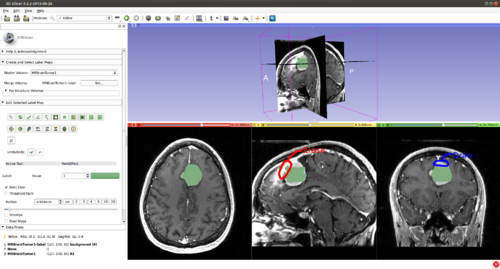 Step 14.) Repeat steps 7-11 (or any subset of them) until convergence to the desired segmentation. 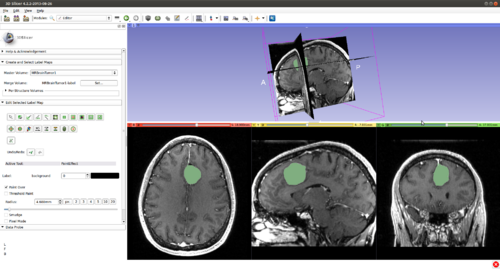 Step 15.) Once satisfied with the segmentation, stop KSlice by clicking "Stop Interactive Segmentor" 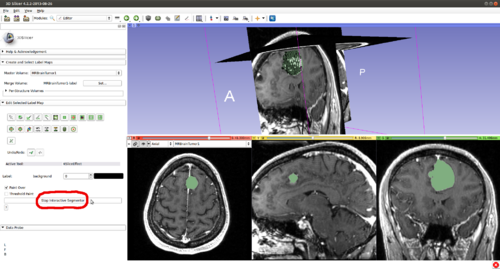