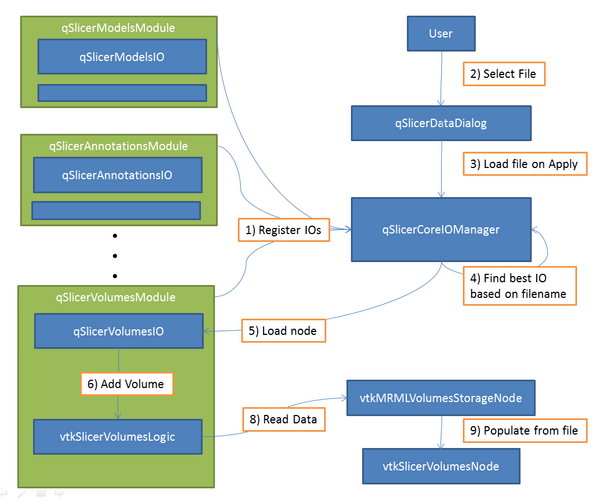 At exit time (qSlicerMainWindow::closeEvent()), vtkMRMLStorableNode::GetModifiedSinceRead() is called to check if the data in the node is the same as in the file or if it has been modified after the file was last read or written. It internally checks vtkTimeStamp* vtkMRMLStorageNode::StoredTime and vtkTimeStamp vtkMRMLStorableNode::StorableModifiedTime. If the data is more recent, then a message dialog is shown to the user telling him that some data is different from file; leaving without saving will lose the changes.

By default, all the IOs must be done through qSlicerDataDialog for reading files and qSlicerSaveDataDialog for writing files. However, due to historical reasons, it is possible to have custom dialogs for each node types.

How to open a registered a dialog ?