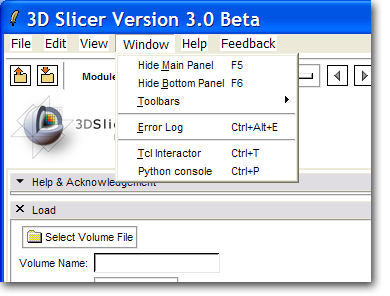 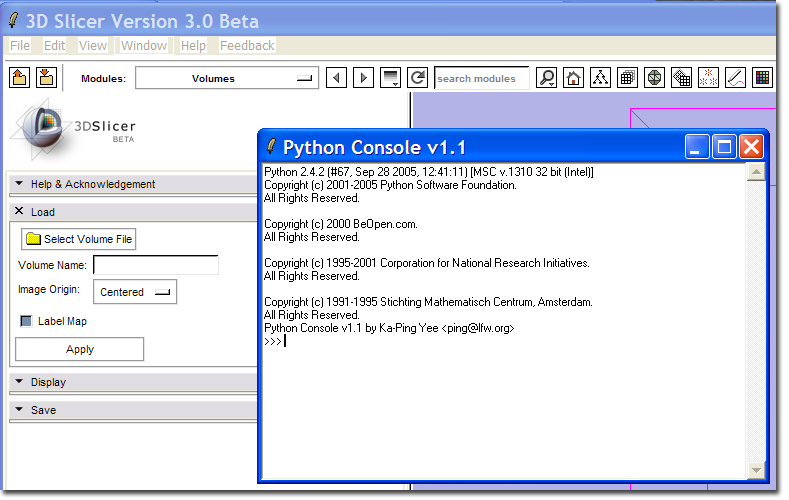 Writing modules (especially interactive modules) in Python can lead to quite a speed up in the development cycle, since the code is more concise, requires less file shuffling and more than anything, it doesn't need to be recompiled (in some cases you don't even need to exit Slicer).

More than this, enabling Python in Slicer opens up the possibility of accessing a very wide range of Python libraries, such as Numpy and Scipy from within Slicer (either interactively or in modules), making Slicer use cases potentially explode.

Example: compare two tensors Here there are two tensors, one baseline and the other the result of a calculation. The goal is to see the effect of rounding error on the images.

Matplotlib may be used from within Slicer, but currently (on the Mac) the Tk backend locks up and crashes Slicer. However, Matplotlib may still be used through one of the non-GUI backends. More details can be found on the MatPlotLib pages. 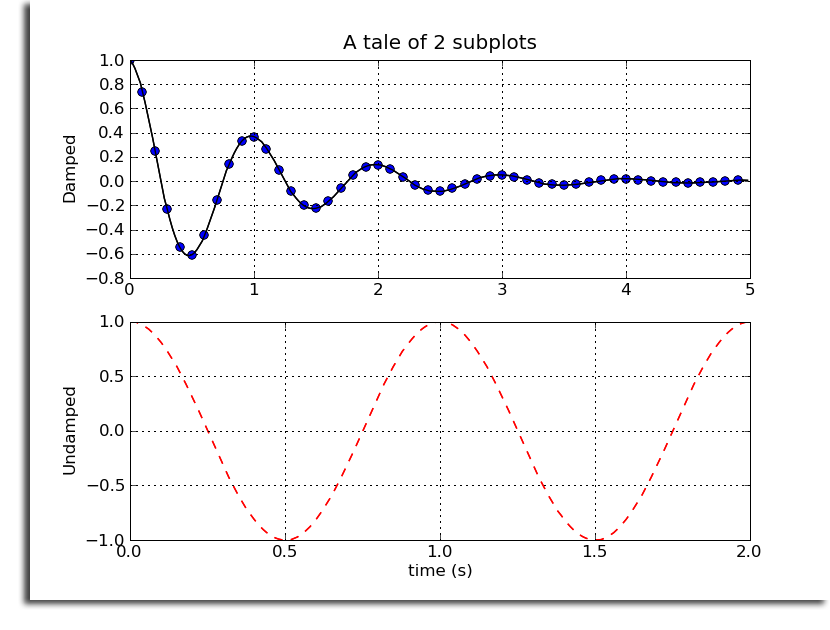