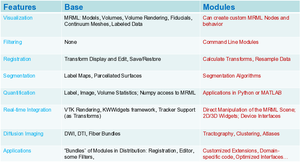 This page is a portal for documentation about Slicer 3. For information for software developers, please go to the Developers page (see link in navigation box to the left).

Please copy the template linked below, paste it into your page and customize it with your module's information. Slicer3:Module_Documentation-3.2_Template 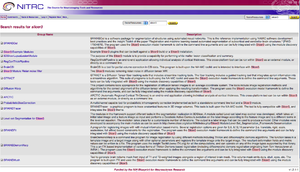 We are using NITRC as a repository for contributed modules. As a general rule, we do not test them ourselves, it is the downloaders job to ensure that they do what they want them to do.

Click here to see a listing of Slicer 3 modules on NITRC.

Terry is completing a prototype of the download tool that will work in conjunction with binaries hosted by NITRC.

Extension Management Wizard prototype is complete. As of this writing, BubbleMaker can be downloaded and enabled with this tool. Active work:

We have an issues tracker for Slicer 3. You need to create an account for filing reports. We keep track of both feature requests and bug reports. Make sure to use the pull-down in the upper right to select Slicer 3.