Difference between revisions of "Documentation/Nightly/Modules/AutoPortPlacement" 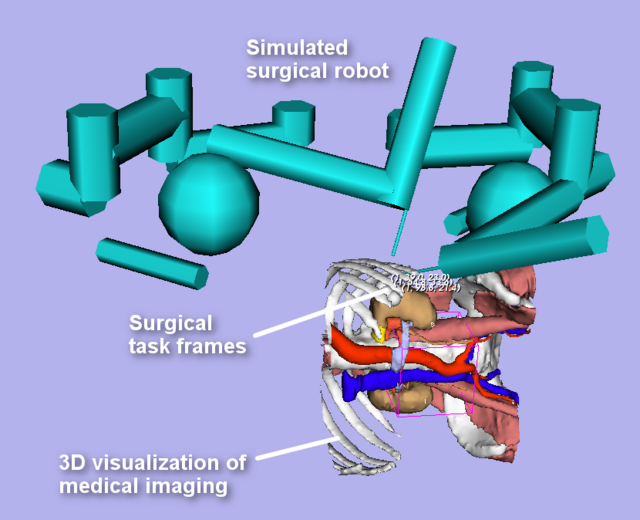 You can use Markups fiducials to add surgical ports for visualization:

The module will automatically visualize surgical tools centered at each fiducial marker at some default (and likely useless) orientation.

You can always remove a port by either deleting its associated fiducial marker or by highlighting the port in the module's ports table and clicking "Remove Selected Port".

You can also continue to add fiducial markers to the associated MarkupsFiducial list and the module will automatically add the new markers as ports.

Lastly, you can move a markups fiducial around the scene and the port will interactively follow the fiducial.

Once you've added some ports, you can re-orient the surgical tools in two ways:

You can also vary the length and radius of individual tools by selecting them in the table and adjusting the "Tool radius" and "Tool length" spinboxes.

Finally, you can toggle the visibility of individual tools by clicking "Visible" checkboxes at each row of the ports table.