The table below shows the command line and the times for each test. 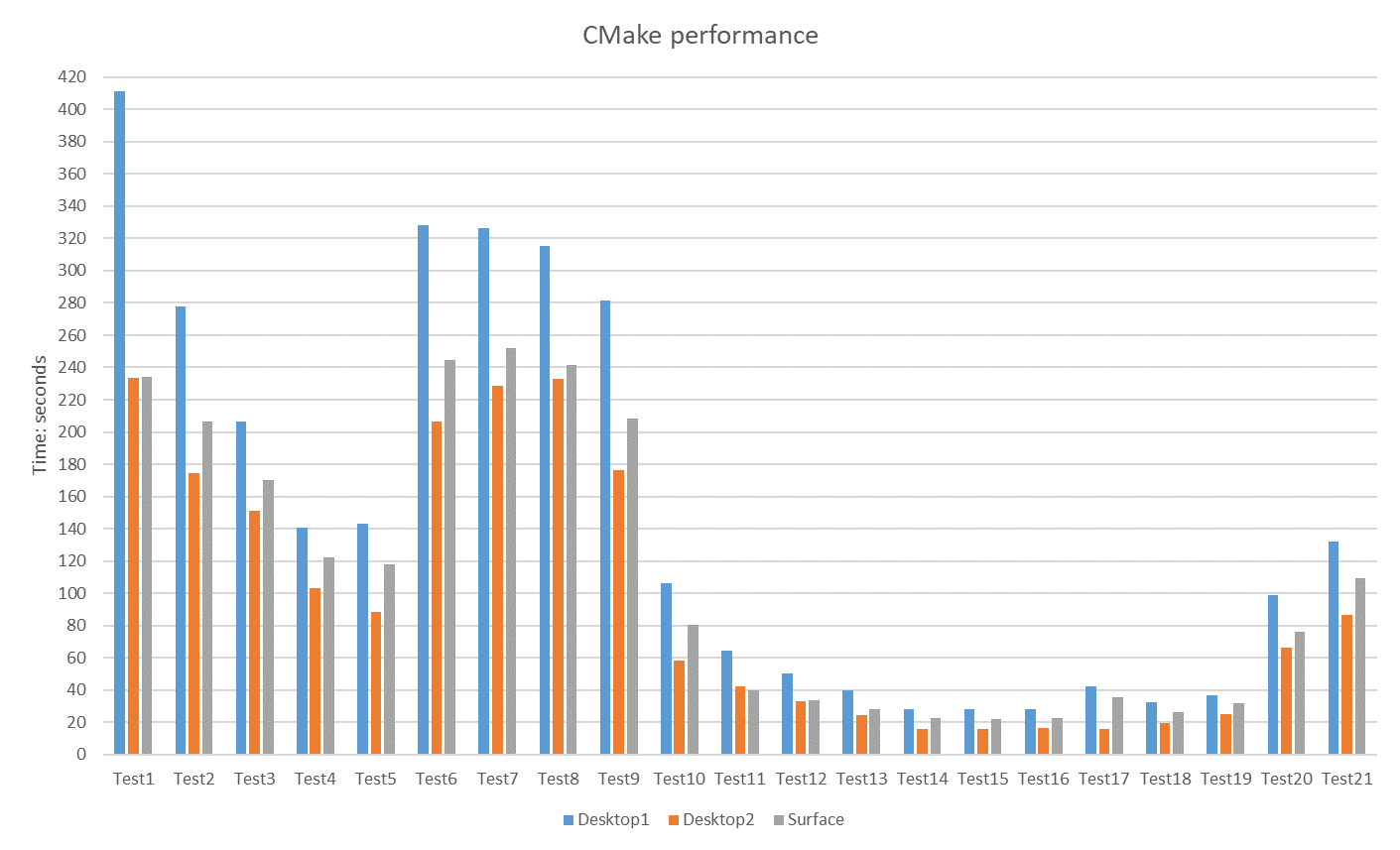