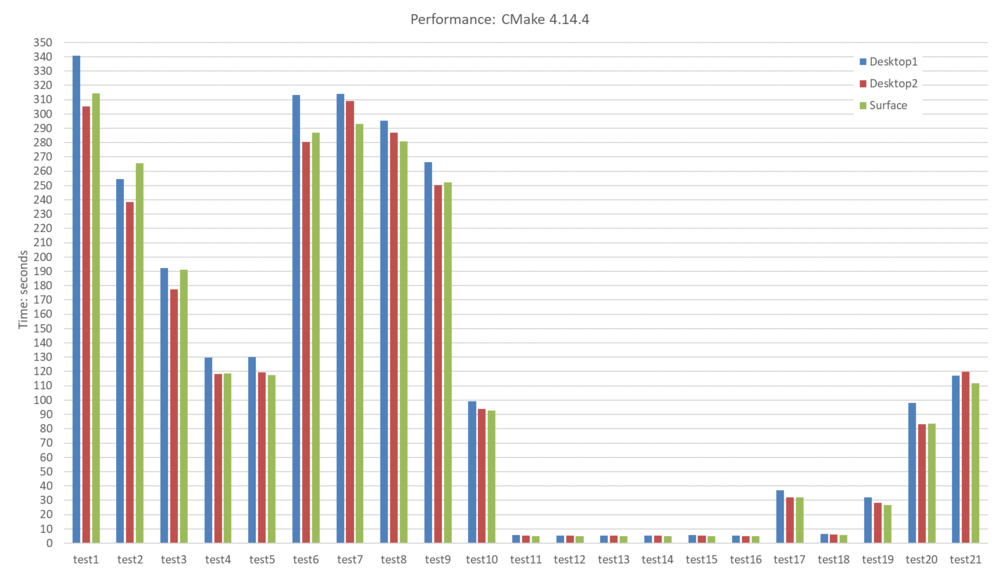 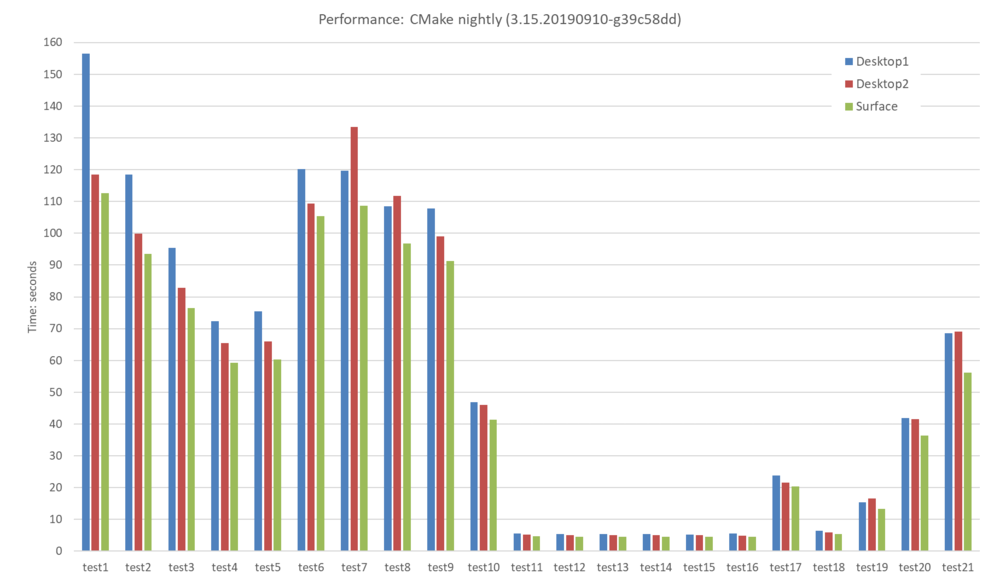 The number of the targets, the hard disk technologies and the variable Slicer_BUILD_QTLOADABLEMODULES have an important impact on the the CMake configuration time.