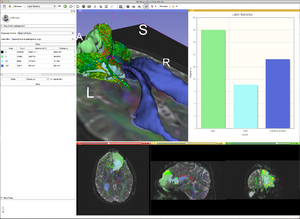 Charting was introduced to Slicer 4 in February of 2012

3D Slicer is a cross platform desktop application for

Note that many clinical research tasks, such as processing of large CT or MR volumetric datasets, require more memory than can be accommodated with a 32 bit program. We advise the use of the 64 bit versions of the Slicer wherever feasible.

The entries below are hardware/OS combinations which will work with the downloaded executable for the current Slicer 4 release. This are just examples of working configurations.